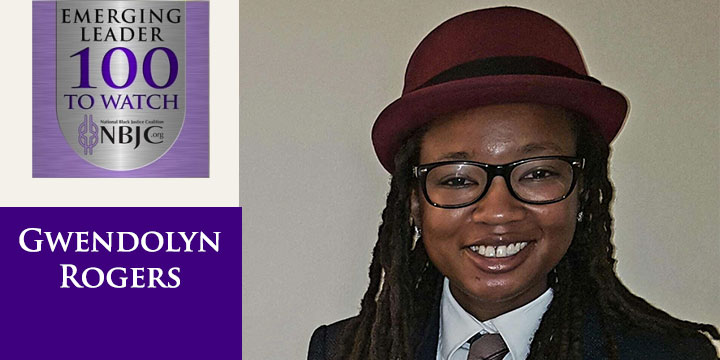 Home / Leader Blog / The Revolution Will Not Be Overly Conceptualized

I did not attend the recent 20th anniversary celebration of the Million Man March: Justice or Else convening that took place in Washington, DC on October 10, 2015. When asked why I was not attending I asserted “as a Black Queer Woman, it is self care for me to not deliberately put myself in spaces where I am not seen or received as whole.” Knowing that there would be a Cadre of “Nation folks” (Nation of Islam or NOI) was enough for me to not physically stand in solidarity with what I presumed to be heterosexist, patriarchal and transphobic demands for freedom and autonomy. That would ultimately seek to subjugate women and dismiss queerness as not being inherent and intrinsic to blackness. Not attending was at that time in my best interest.

On the day of the march, I decided to follow the hash tag on Twitter, #JusticeorElse. I viewed pictures and videos posted of growing and diverse crowds. I noticed the deliberate lack of coverage of a gathering of upwards of one million people, peacefully assembled, Black, White, Hispanic, Middle Eastern, indigenous etc. How strange, not one mention. I thought, “surely I can turn on MHP on MSNBC for a breakdown of the event”. No coverage. In fact, had it not been for Black Twitter, TVOne, and Revolt (C-Span also live streamed Min. Farrakan’s remarks), it could have easily gone unreported. It became apparent to me, that I should watch the entire ceremony to see and hear for myself the messaging, if for no other reason than to understand why so many of my people answered the call to Justice or Else. What is the or Else?

I believe we deserve to be in safe spaces; however we define that for ourselves. We do not have to submit or subject ourselves to any leadership or ideology, political or otherwise, just because they claim to be “for us”. With that understanding, I also believe that we owe it to ourselves to be critical of the nuances, both absent and present, of our social, political, and economic environment. In order for this analysis to take place, we must be aware of what is happening. Let us not be willfully ignorant and uninformed. It was astoundingly clear that the mainstream media deliberately did not cover Justice or Else, using a similar practice of neglect to capture the protests in Ferguson and elsewhere in Black America. The mainstream media seeks only to cover and capitalize on sensationalism and violence, particularly in respect (or disrespect ) to minority communities.

The narrative was already being framed around the march. The local police were “preparing” themselves for violence. We become partners to our own oppression when we take our cues of caution, relevance, and importance from a system built to suppress us. White supremacy and it’s institutions couldn’t care less about our personal identity politics. Respectability politics in any form have no place in the revolution, fight for justice, march towards freedom, or however we name our common goal of activism. Revolution by its very nature is a rejection of oppression and acquiescence to an unjust system. So those of us who like to critique and be analytical should continue to do so, but also be cognizant that the revolution will not be overly conceptualized. We love to and need to call out privileged, patriarchal, heterosexist, ableist and transphobic spaces. But who are we to be so non understanding and unforgiving of those also afflicted and suffering under white supremacy? Who are we to be so unforgiving of ourselves? Ironically, these are a few points made by Minister Farrakan during his lengthy remarks.

I initially considered it an act of self care for me to forgo the march. As a Black Queer Woman (born and raised in the Black Church), I thought I knew what was going to be said there, which would foster a repressive and gender policed space,. I was ready, willing and able to throw shade and critiques for what I assumed to be a gathering of ignorance and oppression posturing as “justice”. I was wrong. I now recognize that in the face of injustice, arguing over proper pronouns and identity politics becomes trivial. We are literally fighting for the very right to exist. White supremacy and internalized racism (I would also argue that homophobia and transphobia are symptoms of the white supremacist structure) is literally killing us and we are killing ourselves. Is humanity not a common enough cause to allyship and solidarity? Surely we can organize amongst our various factions for a common goal.

Bayard Rustin, a known gay man during his era, was the chief organizer of the March on Washington. Due to the social and political climate of his time he did not have a visibly prominent role. Regardless, he was a leader and co-laborer for the cause of freedom and justice for his people. We do not have to be the same to labor together for our common cause. If this is what we demand of our government (e.g. bipartisanship) why do we not demand it amongst ourselves? Are we too good or already too liberated to really become revolutionary? Do we really want a revolution, social, political or otherwise? Or are people like former Senator Jim Webb right? Are we comfortable with our titles, with our positions in a system that dismisses our earnest petitions, devalues our lives, and causes us to devalue our own lives? Every unjust verdict; or every dismissal of charges; refusal to bring charges is an act of violence against us. Yet we forgive so easily; our protests fade; our anger dies down. We retreat until the next hash tag appears. The more our deaths become trending topics the more we become numb to our own existence and humanity.

This is not a call from me to support the Nation of Islam or the call for Justice or Else. However, I am appealing to those, whom like me have been wounded by these spaces, but also share in the desire for justice. Can we not operate in our silos for a common cause of liberation? Or do we not want to be truly free?

I believe we should be critical and protective of what we expose ourselves to. That does not mean that we should be ignorant as to what is going on.   Many people of all races came under the banner of #JusticeorElse. Our own versions of respectability will have us miss the revolution. Yes #blacklivesmatter, #blacktranslivesmatter, and #allblacklivesmatter. Our people perish from a lack of knowledge. Don’t let our ignorance veiled in consciousness and presuppositions prevent us from being liberated. We cannot afford to miss our chance for freedom by being petty and “in our feelings”, even if those sentiments are valid. Be aware. Be wise. Stay woke.